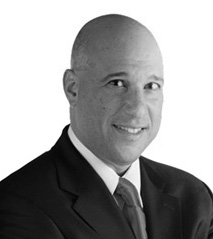 Mr. Kevin A. DeNuccio is the Founder and General Partner of Wild West Capital LLC since 2012. He brings more than 25 years of experience as a chief executive, global sales leader, public and private board member, and more than a dozen angel investments, managing and growing leading technology businesses. He served in senior executive positions with Verizon, Cisco Systems, Ericsson, Redback Networks, Wang Laboratories and Unisys Corporation.

He recently served as Executive Chairman and major investor of SevOne, a Bain Capital company, since 2017, until its sale to Turbonomics in November 2019.  Prior to that, he was Director, Chief Executive Officer and President at Violin Memory (NYSE:VMEM) from 2014 to 2017, restructured the company and sold it to the largest bondholder the Soros Group, in April 2017. Mr. DeNuccio served as Director and Chief Executive Officer of Metaswitch Networks from 2010 to 2012, a Sequoia Capital company, where he migrated the company headquarters from London to San Francisco, and re-developed its product offerings for growth in a Software Defined World of networking.

Mr. DeNuccio was the Director, President and Chief Executive Officer at Redback Networks (NASDAQ:RBAK) from 2001 to 2006. He led the company successfully through a major restructuring, renewed growth, and sold Redback Networks for $2.1B or 10 times revenue to L.M. Ericsson in 2006, one of the highest sales multiples of its time, and a 100% premium.

He also served as Senior Vice President of Worldwide Service Provider Operations, Worldwide Channels, and Worldwide Sales Operations with Cisco Systems Inc., from August 1995 to August 2001.  At Cisco, he was one of the first 10 VP’s and one of the first promoted to Senior Vice President.  At Cisco he hired over 3000 people, managed over 5000 people worldwide, and led the Service Provider Division revenue growth from $500 Million to nearly $8 Billion in annual revenue in a 4 year run.

Other DeNuccio engagements were the founding of Bell Atlantic Network Integration Inc., (now part of Verizon Communications) and served as it's President and Chief Executive Officer, Angel Investor and Director of Tipping Point Technologies Inc. until its IPO in 2000, Angel Investor and Director of Salesnet, sold to RightNow Technologies (now part of Oracle). He has also held senior management positions at both Unisys Corporation and Wang Laboratories as Vice President in their Network Integration and Worldwide Channel Partner Businesses.

Mr. DeNuccio serves on the Public Board of Juniper Networks (NYSE:JNPR) since February 2014, and Calix (NYSE:CALX) since October 2012. He is an Angel Investor and Board Member of Zededa and Angel Investor in Theatro, Deeyook, Byogy and Q-Sensei.   He also previously served as a public Director of SanDisk Corp. SNDK (August 2009 - February 2014), Director of JDS Uniphase Corp. JDSU (December 2005 - November 2009).

He holds a BSBA with Honors in Finance from Northeastern University and served on its Board from 2012 to 2018. He also holds his MBA with Honors from Columbia University. 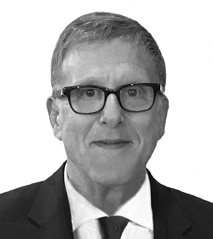 After receiving his PhD in electrical engineering, he joined AT&T Bell Labs, as a post- doctoral member of the technical staff. Eventually becoming a distinguished member of the technical staff and managing a department in the solid-state electronics research laboratory. In this role, he led a team of engineers who developed high data rate electronics for OC-192 fiber optic communication systems.

After leaving Bell Labs, Dr. Nottenburg became a tenured professor at the University of Southern California, USC. At USC, he taught electrical engineering and managed a research program supported by DARPA, and the U.S. joint services. In addition, he consulted for TRW space and defense and co-founded Multilink Technology Corporation in a partnership with TRW and IBM. As Founder and CEO, Dr. Nottenburg took Multilink public in June, 2001.

From July 2004 until May 2008, Dr.Nottenburg held various senior executive officer positions with Motorola Solutions, Inc. (NYSE:MSI) (formerly known as Motorola, Inc., “Motorola”), serving as its Executive Vice President, Chief Strategy Officer and Chief Technology Officer from December 2007 to May 2008. At Motorola Dr. Nottenburg was responsible for corporate development, reporting to the CEO, and oversaw all strategic transactions. In addition, he managed venture investments and one of the largest intellectual property portfolios.

From June 2008 to October 2010, Dr. Nottenburg served as President, Chief Executive Officer, and a Director of Sonus Networks, Inc. (NASDAQ:SONS), a leading provider of voice and multimedia infrastructure solutions. Dr. Nottenburg initiated and oversaw the transformation of the company from a provider of legacy media gateways into a provider of next-generation Session Border Controllers (SBCs).

© 2018 All rights reserved
Designed by ZiaFranny